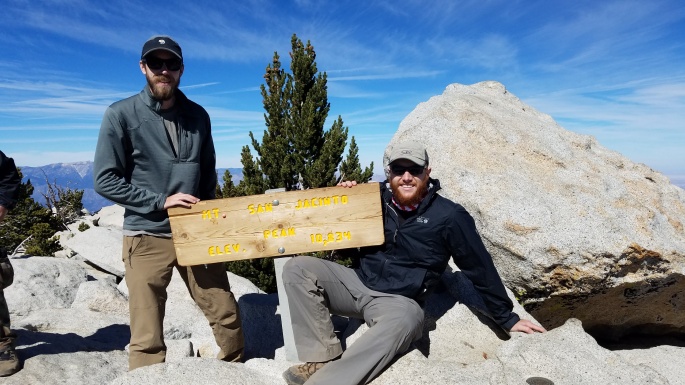 Mount San Jacinto State Park is one of my favorite places in Southern California. It’s a diverse forest area near the desert city of Palm Springs, CA. The main event and name sake of the park is Mount San Jacinto, which rises 10,834 feet above sea level. Famed outdoorsman John Muir said of San Jacinto, “The view from San Jacinto is the most sublime spectacle to be found anywhere on this earth.” I’d say that Mr. Muir was hyperbolizing a bit here, if I didn’t agree with him.

The easiest way to find yourself in the park is the take the aerial tram from Palm Springs, CA. There is plenty of parking at the tram station which sits on the northwest corner of town. Be sure not to forget anything in your car for your hike if you plan on heading to the peak of San Jacinto as you’ll not want to come back once you’re on the tram-car up. It only takes about 15 minutes to get from the bottom station to the mountain station at Long Valley. Depending on your season you’ll want to make sure you have the appropriate clothing and gear for your hike. If you’re hiking in the Summer you’ll likely be good to go in your typical day-hike attire, though even in the Summer the temperature at the mountain station can be some 30 degrees cooler than the desert floor. Any other time of year and you’ll want to be a bit more prepared for just about anything. San Jacinto can receive large amounts of snow at times; making trail spikes and ice axes essential for the cold weather adventurers.

When heading for the peak from the tram I recommend getting yourself on the first tram of the morning if you can. The tramway makes the Long Valley area quite popular because of it’s ease of access so if you don’t want to wade through crowds of people to start your hike it’s best to get up the tram early.

Once you’ve reached the mountain station you’ll follow the paved pathway a few hundred feet to the Long Valley Ranger Station. Here you’ll need to fill out your day-hike or overnight permit. All groups entering the wilderness area past Long Valley are required to have a permit. While doing your paperwork the friendly ranger will likely let you know that it’s about 12 miles from the ranger station to the peak and back. He’ll also ask you about your water situation (there is a hose for potable water around back for filling up should you need it). I carried 3 liters on my hike and it was more than enough for me.

You’ll set off for the peak on the well-defined trail on the opposite side of the ranger station from which you came. This portion of the trail is sandy and well trod, weaving through large boulders popular with the rock climbing community. It’s quite common to see climbers roaming around in this areas with their crash pads strapped to their back looking for their next bouldering challenge. As the trail makes its way out of Long Valley and into Round Valley it becomes softer, leaving the rocks behind and getting into some lush tree cover. During the busy season you’ll find a seasonal ranger station in Round Valley roughly 2.5 miles from the ranger station at Long Valley. There is minimal climbing between Long Valley to Round Valley, so the next section of the hike is where you’ll gain a lot of your elevation as you climb up to Wellman Divide. Round Valley is posted at 9,100 feet above sea level, which means about 1,734 in gain left to the peak by my math with about 3.5 miles left to cover. 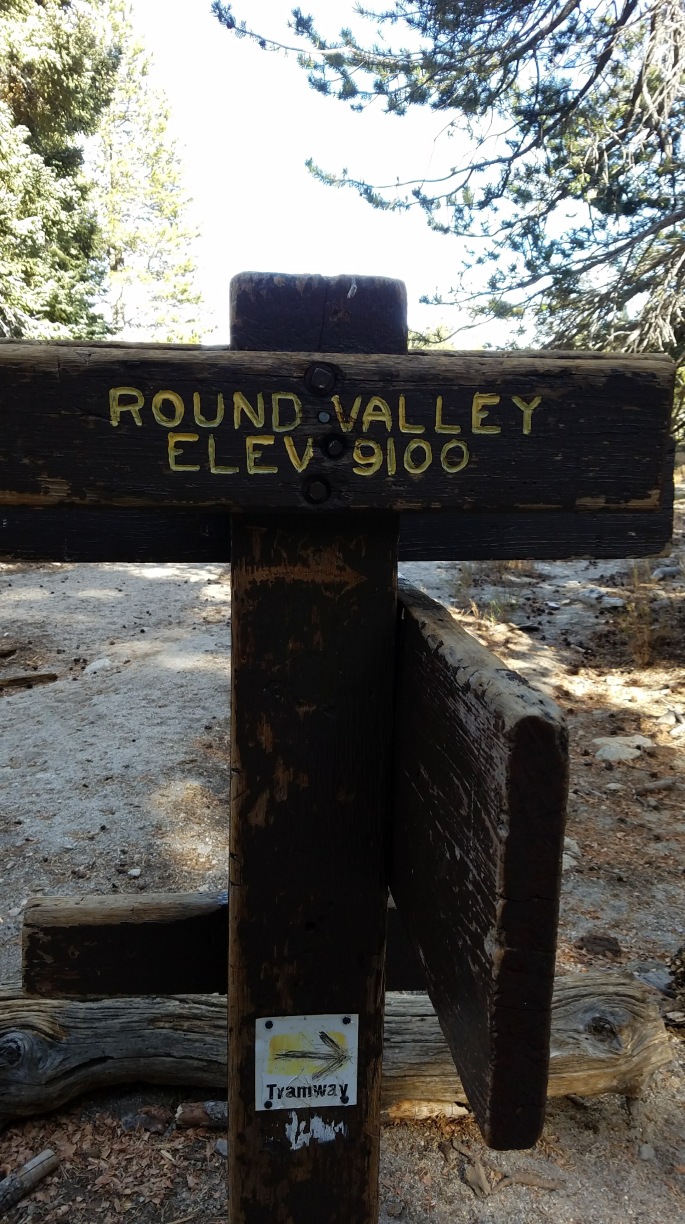 The next stop on the hike, however, is Wellman Divide. The trail is still under great tree cover and on soft ground as you climb through the forest up to the divide. You’ll gain the roughly 600 feet of elevation needed to get from Round Valley to Wellman Divide which sits at around 9,700 feet above sea level and gives you your first glimpse out into the expansive desert below. This is one of my favorite spots in all of southern California to sit and enjoy a snack, lounging on a large boulder just to gaze out as far as I can see.

Once you’ve soaked up all you can at Wellman Divide it’s time for the final stretch of the hike to the peak. There is just over 2 miles left from here to the peak and a climb of the remaining 1,134 feet. As you leave the divide the tree cover opens up and you’ll start to notice the afternoon sun if you’re hiking in the Summer. Sun screen up if you haven’t already because you’ll be leaving the majority of the trees behind as you climb higher and higher and they become more spread out. The trail becomes somewhat rocky as it contours along the side of the mountain and then back again. Though there are some rock stepping here and there the trail is well graded for the climb not terribly strenuous despite not being the soft and forgiving surface it once was under the trees.

After about 2 miles from Wellman Divide there is a sign of hope, literally a sign. This sign marks the peak junction and lets weary hikers know they are a mere .3 miles from the peak. The trail to the peak continues to be well-marked as it has been all day until you come to the hut that rests just below the peak itself. If you’re within earshot of those getting their first view of the hut you’ll often hear yelps of joy as many believe this to be close enough to celebrate. In actuality the peak is maybe 100 feet from the hut. This is the only portion of the trail that is not well marked, and it’s understandable why, as the trail gives way to some giant boulders that must be scrambled upon in order to give that lovely altitude sign at the top a big ol’ hug.

From the top you’ll get an even more breath-taking view than that at Wellman Divide of the seemingly endless desert scape surrounding Mount San Jacinto is almost all directions. This is also another fantastic place to lounge on a boulder enjoying your meal, your accomplishment and the view.

Once you’ve gathered yourself to begin the descent back to the tram you’ll simply retrace the steps that brought you up, only much faster (careful) because, well, gravity.